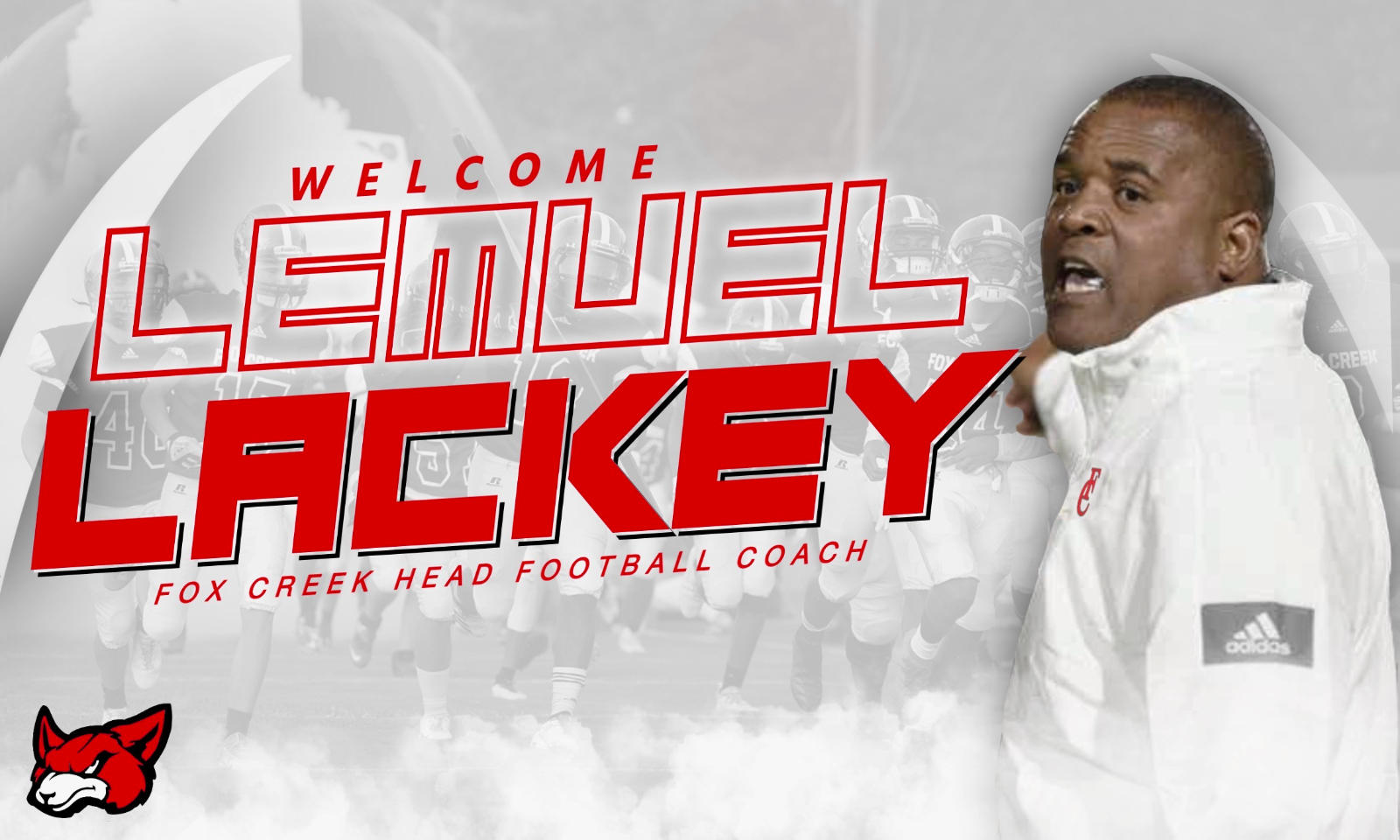 The Fox Creek High School Board of Directors officially made Coach Lemuel Lackey the new head
football coach at the Monday, February 8th board meeting. Coach Lackey joins Fox Creek with over 30
years of experience in education, having taught at all levels. Coach Lackey has spent the last 6 years at
Evans High School winning the region championship in 3 of those 6 years. Prior to Evans, Coach Lackey
spent the previous 8 years as the head coach at Lucy Laney High School. He completed his time at Laney
with a 56-33 record and never experienced a losing season.

“Fox Creek is excited about the experience that Coach Lackey brings to our young football program.
Coach has produced winning teams at his two previous schools and we are excited to have that
knowledge join our players and coaches,” were the remarks from Fox Creek’s principal Josh Trahan.
Fox Creek last made the playoffs in 2019, which was their final year as a 2A school. Fox Creek moved to
region 5 – 3A for the fall of 2020. Fox Creek’s record over the last two seasons is 6-11. The Predators
look to improve on that record under the leadership of Coach Lackey.

Coach Derrick Quinn, Fox Creek’s Athletic Director, said, “We are excited to have a coach of his caliber
coming to our program.” Coach Lackey was the Head Coach of the popular Border Bowl back in 2016.
Coach Lackey was named the Columbia County Football Coach of the Year in 2016, 2019, and 2020.
“I look forward to being a part of the Predator’s football program as we prepare for next fall,” said
Coach Lackey when asked about joining the program.