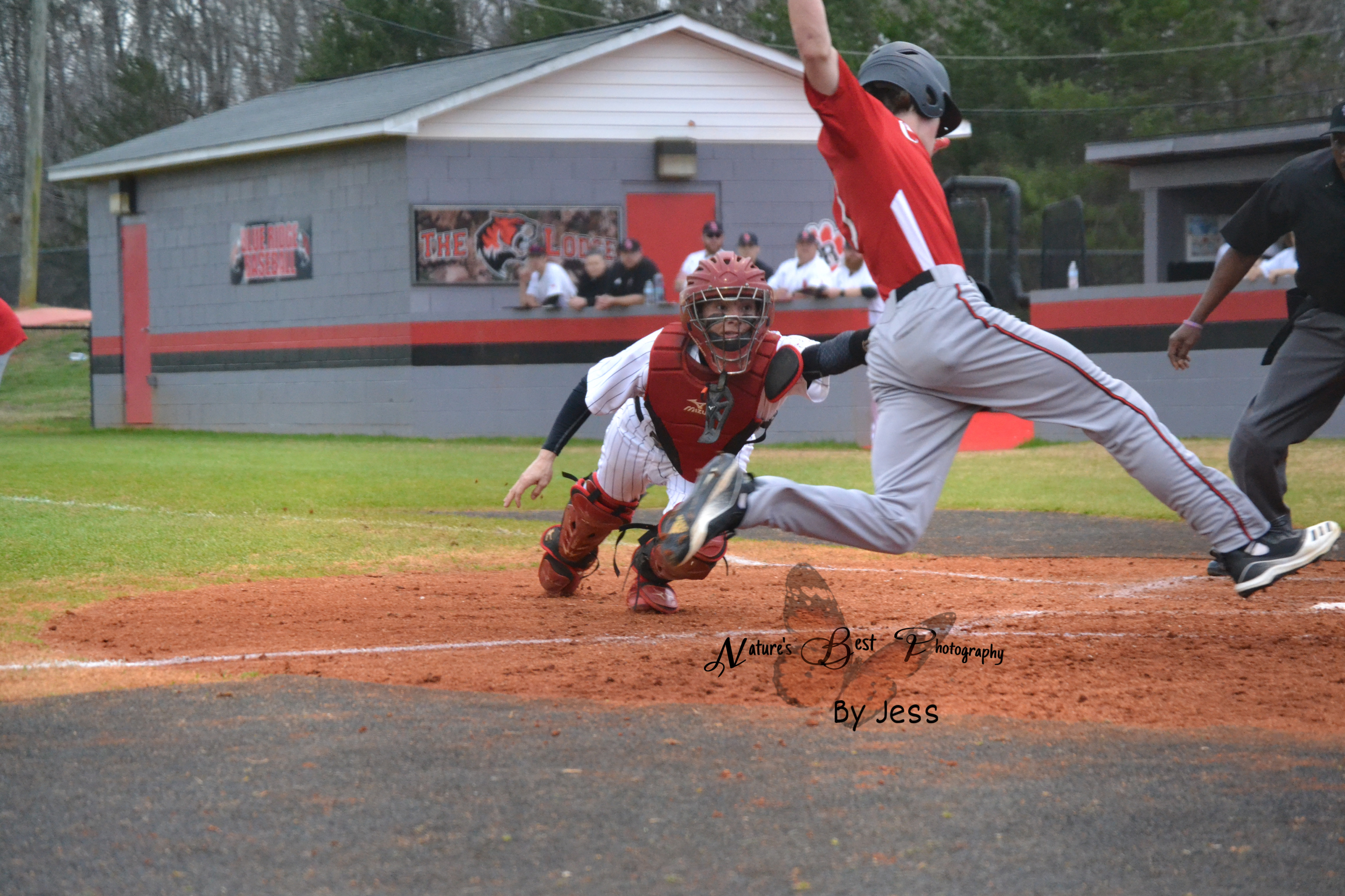 Often times in high school athletics you begin to see a trend between common opponents, this season has had a host full of new opponents for Fox Creek. This mid March match up was no different as the boys travelled to Greer, South Carolina to take on the Blue Ridge Fighting Tigers. Blue Ridge entered the game unblemished on the season with a top 10 ranking in South Carolina’s 4-A classification. The Predators attack was in full swing having runners reach base in every inning. Outfielders Conner Sherlock and Michael Adams both provided multiple hit games. Tyreek Jennings and Kenny Miller provided the power, each with a double to their credit. As for pitching many different arms got an opportunity, Sam Godbee started the game going 2.1 innings allowing just 1 hit striking out 2. Conner Sherlock, Jeremy Hollar, Brayden Turner and John Martin all helped taming the Fighting Tigers ferocious attack. Heads up baserunning allowed John Martin Sherlock to score in the 6th tying the game at 3-3. Blue Ridge led by third baseman, Clemson commit David Lewis who had a perfect night at the plate would come up with some late innings heroics. Lewis walked to lead off the home half of the 7th, short stop Bryce Roddy drove a double into the left center field gap scoring Lewis. Back to back nights for Blue Ridge winning in their last at bat. It was an early season match up against a quality opponent for Creek, simulating a postseason atmosphere after a day of travel. The next time the baseball team takes the field will be Friday, March 13. This will be the first road region game for the Preds at Batesburg-Leesville taking on the Panthers. It will be part of a JV, Varsity double header with the action starting at 5:00 pm look forward to seeing you then! Go Creek!