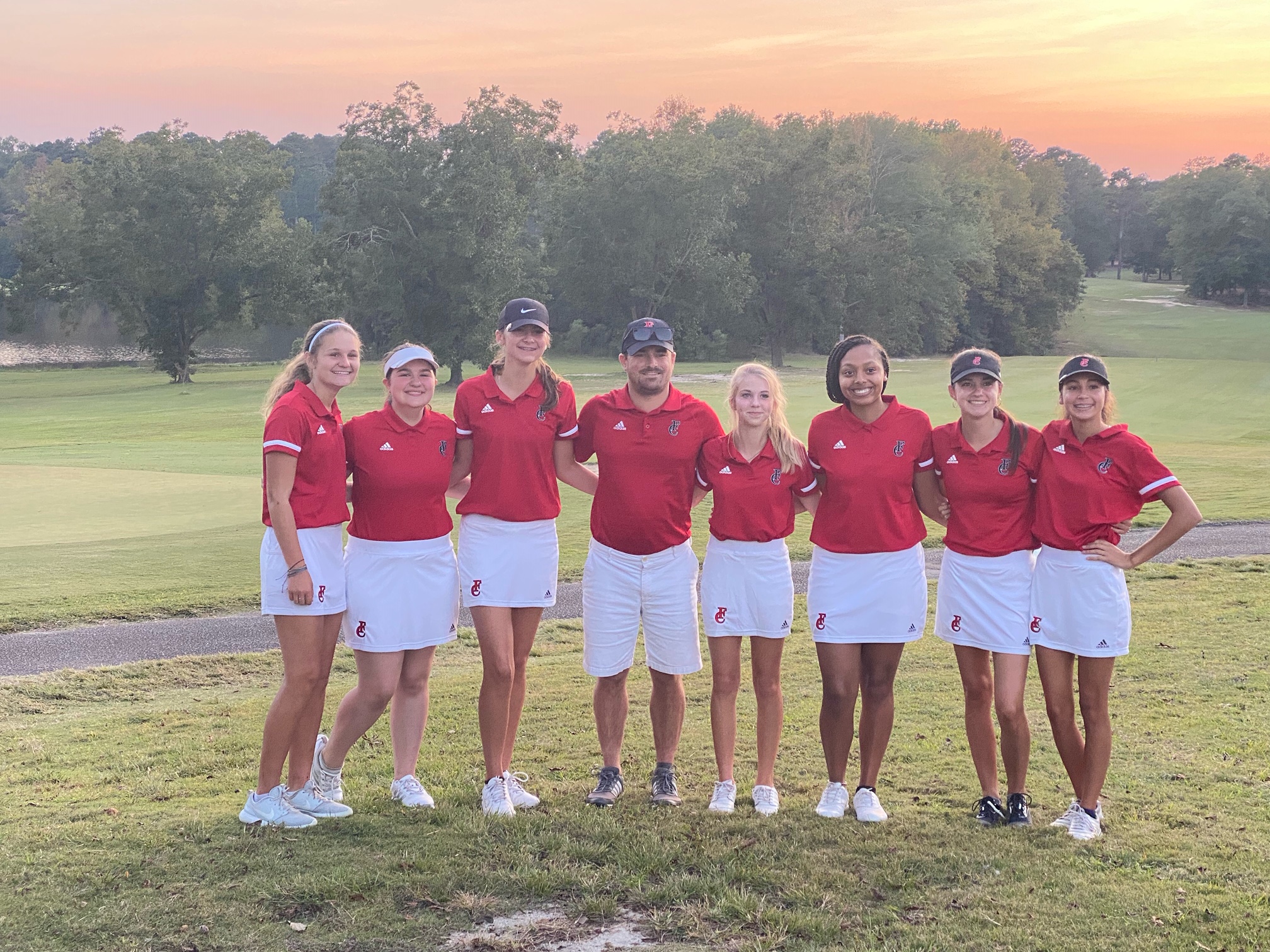 In a season that has shown glimpses of improvement in shot-quality and scoring, the Lady Preds Varsity Golf team still had not put together a round that has shown their best. That ended on Tuesday at Hidden Valley Country Club as the Lady Predators shot a program record, 175, for the 9-hole match against Pelion to bring home a victory.

Two of the members of the inaugural Girls Golf Team finally got the scores that had reflected their hard work and commitment to the game. Maycie Rice and Caroline Heath both carded personal bests with a pair of +3 (39). Rice’s round included a chip-in birdie (one of two on the round) and Heath birdied her final hole after driving the green on the reachable par 4.

In third place overall, was freshman Graycie Chafin. Chafin contributed a 47 on the day, her best in a high school match thus far. Chafin’s consistency has come a long way since the start of the season. Her ability to keep the ball away from trouble greatly contributed to keeping big numbers off the scorecard and another solid round for the Preds.

Hallie Harper nearly broke 50 for the first time in a high school match. Facing a bogie put on the 9th for a score of 49, her putt stopped just short of the cup. Hallie still managed get two pars on the day.

One of the biggest surprises of the day was Riley Schlachter. Riley was able to get her first par on the par-5 7th. Then, on the very next hole, Riley hit a pitching wedge to 25 feet short of the hole before two-putting for her second consecutive (and career) par. Schlachter came in with a 52. It was her first time breaking 60 in a match for the Predators. Her scores have improved with each match thus far this season.

Yesterday’s match results means that every first-year player on the Preds now has their first par and/or birdie to their name this season. More importantly, it is the third consecutive match the Predators have shot under 200 strokes for a 9-hole match. The goal is to break 400 during the 18-hole Lower State Qualifier for a spot in the field at the State Championships at the end of the month. Go Preds!