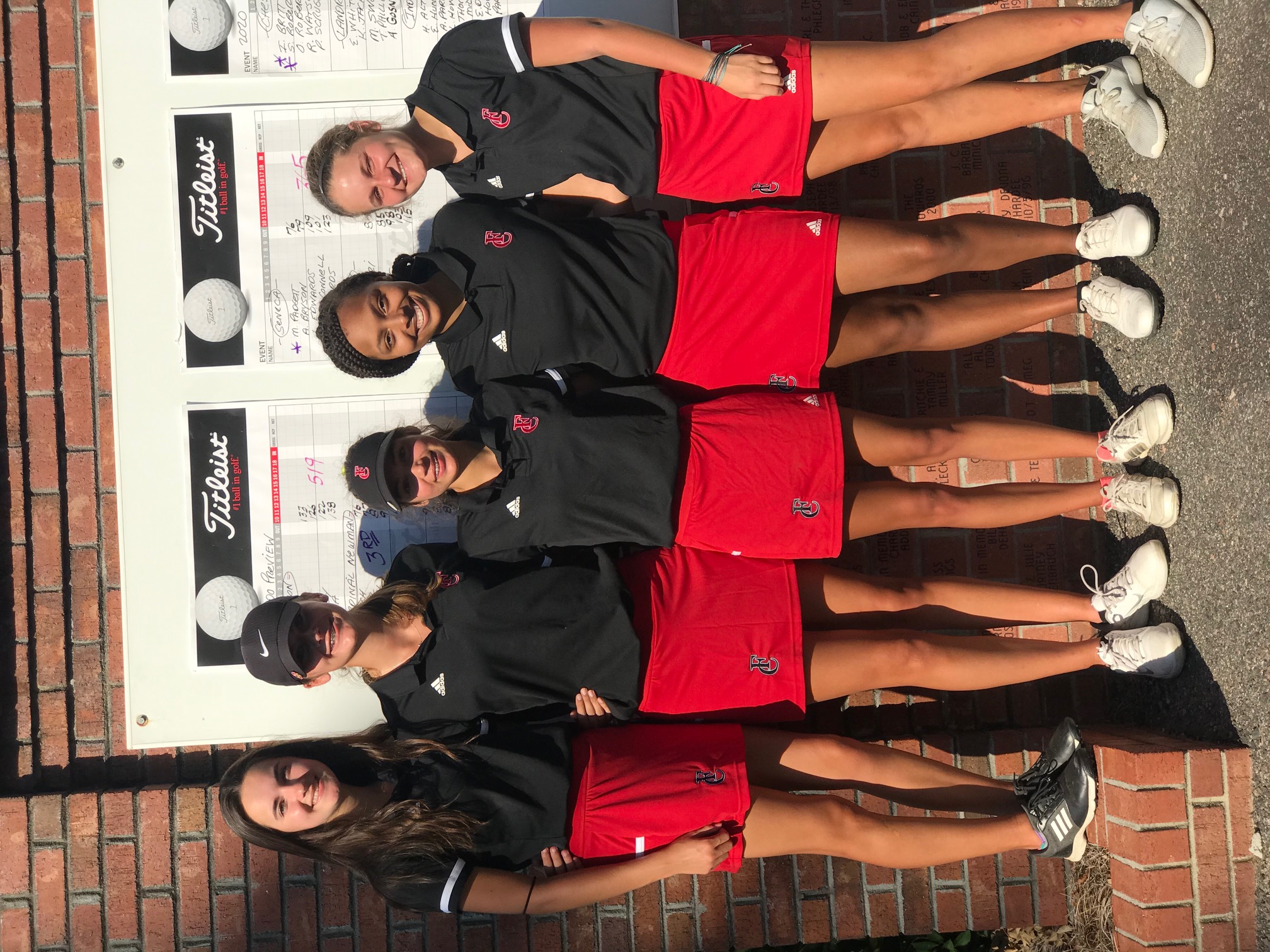 The goal all year long was to break 400 strokes for the Preds’ best four scores in an effort to qualify for State Championships. It’s been said at the end of every practice and the end of every match. The players, knowing well aware of what opportunities await next week, broke yet another team record at the Ponderosa Invitational hosted by Gilbert. The Lady Preds were able to post a team-record 373 in the 18-hole tournament on Tuesday.

Leading the charge for the Lady Preds was the junior duo of Caroline Heath and Ansley James. Heath would post a round of 86, a personal record for high school match. Not to be outdone, Ansley James posted a team-leading score of 85, also her personal best. Both would be named to the All-Region Team with their finishes based on the individual scores between tournament winner Gilbert, and Fox Creek. Heath and James are the first ladies in school history to receive this honor for girl’s golf.

Heath’s round was one of composure and poise. After overcoming a slow start with a front-9, 46, Heath would fire a backround +4(40). She would play the final 6-holes at even par with 4 pars, 1 bogie, and a closing birdie on the par-5 18th. Heath’s consistency off the tee and with her irons gave her several birdie looks, two of which lipped the cup. Heath’s length off the tee forced her to take driver out of her hands a number of times, but Heath remained steady and unfazed. The 86 was her best ever for the Predators.

James led the Predators from start to finish today. After a rough match last week in the short game department, James showed a putting touch that would have rivaled any competitor in the field today. She was able to rally for several pars by getting long lag putts to stop inside of 5 feet to the hole. Up until the 18th, the driver had been the best club in the bag. After finding trouble off the tee on 18, James would smartly punch out from some brush before putting a pitching wedge to 25 feet to close out with a two-putt par.

Maycie Rice chipped in with a 91 for the Preds as well. While she struggled to find consistency at times, the lone Preds senior never let things get away from her. Maycie looks to qualify again for State next week, just as she did last year.

Amber McCain also showed out for the Preds. While her score was not taken, she showed incredible length off the tee today. Several drives were reaching 245+ yards. McCain’s highlight of her round came on the par 4-15th. After pounding a drive that found some brush along the right side of the hole, Amber would muscle an 8-iron from 130 yards out up to the green before making a big two-putt for par.

While score of 373 was good enough for 9th in the tournament, the Preds true opponent all year has been the number 400. The number they need to break in order to appear in their first State Championship Tournament as a team. Their official date with that magical number is a mere 7-days away in the Lower State Qualifier. One more hill to climb for the Preds. Bring it home ladies!