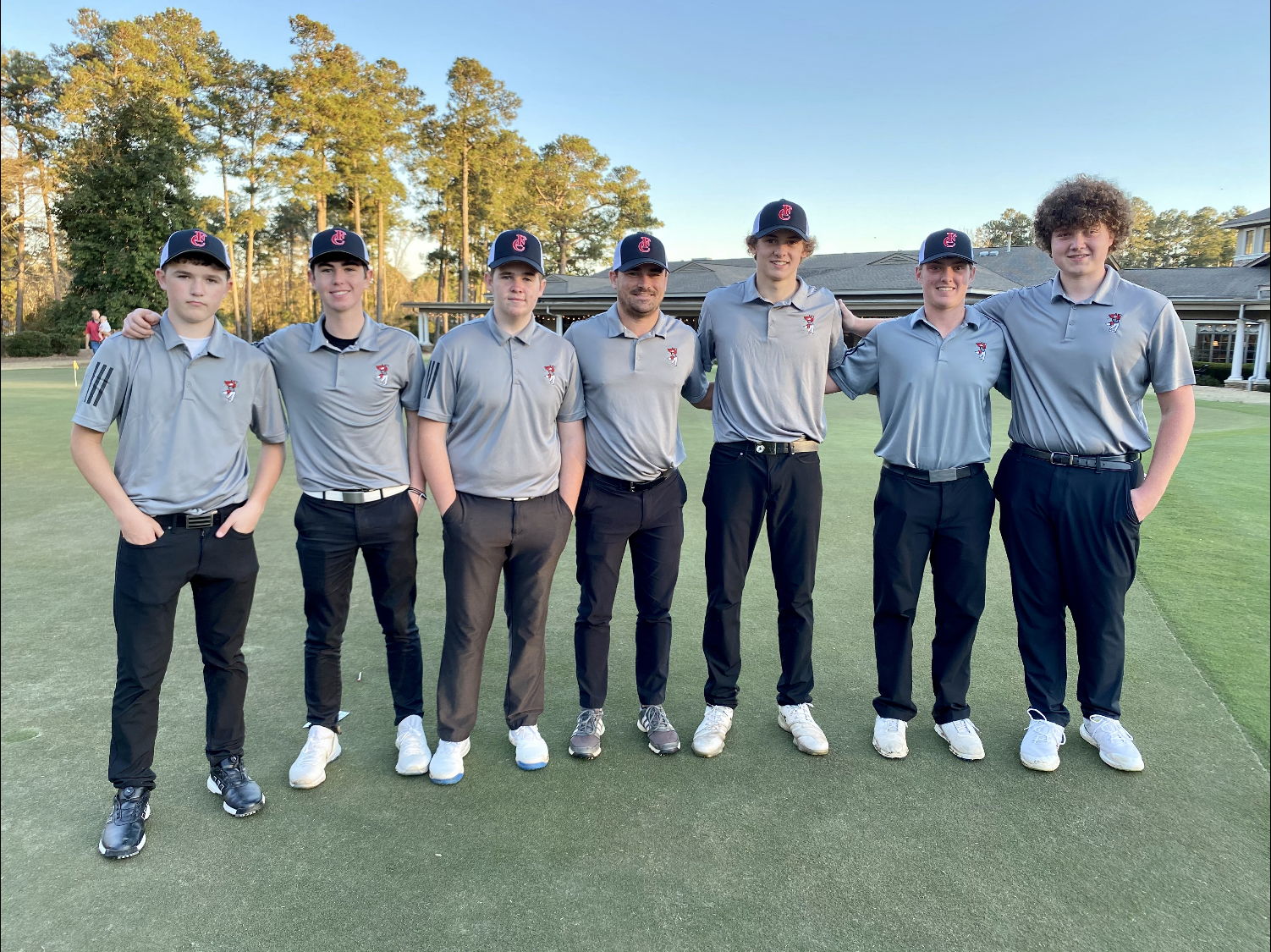 In their first preseason action, the Fox Creek Varsity Boys Golf team earned a hard fought win over Lakeside and Aquinas at West Lake Country Club. Three Predators found themselves in a tie for top overall medalist as Evan Prickett, Jayden Carroll, and Grant Riley all shot a 37 (+1) for the 9-hole match. Braedon Murphy rounded out the scoring for the Preds with a 43.

Evan Prickett was consistent on the day. While he was having a hard time getting birdie putts to drop, pars were routine. Prickett did a great job of not throwing up a big number and battled his way out of a tough predicament on the 7th hole. His approach shot after a wayward drive left him with an unplayable lie. After taking his penalty and dropping, he would put a wedge to 1-foot and tap in for a bogie. This would be the only damage control needed for Prickett on the day.

Jayden Carroll started and ended his day with birdies. Sitting at -1 through 5 holes, Carroll battled through some adversity when he faced a stretch of three straight bogies. On his last hole, a par 5, Carroll would be green-side in two. His chip stopped within 3 feet of the hole and he would tap in for birdie.

Grant Riley was consistent from start to finish as well as he played the first 7 holes even par. Riley would card 1 birdie and two bogies on the round. This match would be the junior’s first ever sub-40 round for FCHS Golf.

Braedon Murphy struck the ball consistently off the tee and started to find his rhythm late in the round on the way to a 43. Joel Carroll and Kyle Watson also played their first ever high school matches with a 44 and a 46 respectively.

The Preds open the regular season at home next Tuesday at Mount Vintage against region opponents Swansea and Gilbert.